The New York Fed published the Coincident Economic Indicators (CEI) index for February which shows "economic activity continued to expand at a strong pace in New York City, a moderate pace in New York State, and a sluggish pace in New Jersey." This may be why the FRB of NY Governor recently announced a visit to Northern New Jersey to sit with community leaders.

A paper titled Central Bank Solvency and Inflation was published by the New York Fed's Liberty Street Economics group The paper claims, "As long as the central bank can affect the return on these short-term assets by adjusting the IOER, controlling inflation with a large balance sheet seems no different than it was before the Great Recession." I'll publish additional commentary on this paper later.

Friends Charged With Making $1.1M From Insider Trading On Cooper Tire and Rubber (CTB) The SEC charged Amit Kanodia, of Brookline, Massachusetts, an entrepreneur and private equity investor, and Iftikar Ahmed, of Greenwich, Connecticut, a general partner at a venture capital firm, with insider trading on the proposed acquisition of Cooper Tire and Rubber (NYSE: CTB) by Apollo Tyres Ltd. (NSE: APOLLOTYRE). 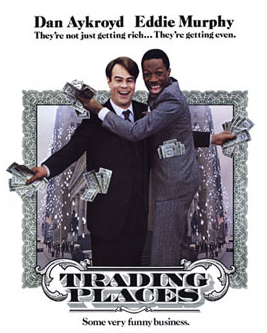 The U.S. Commodity Futures Trading Commission (CFTC) announced a civil enforcement complaint against Kraft Foods Group, Inc. and Mondelēz Global LLC for manipulation of wheat and wheat futures prices. In response to high cash wheat prices in late Summer 2011, both parties "developed, approved, and executed" a strategy to buy $90 million of December 2011 wheat futures. The CFTC complaint alleges that Kraft and Mondelēz made this trade to send a signal to the market resulting in lower cash wheat prices. When the price shifts occurred Kraft and Mondelēz earned over $5.4 million in profits. This was only one of several allegations made in the complaint.

Timothy Scronce, an executive at PCTEL greed to settle SEC charges against him for using "false accounting entries to inflate TelWorx’s quarterly revenues and earnings in the months leading up to the purchase to inflate the price PCTEL paid for the companies."

Justice In The Scott Rothstein’s Ponzi Scheme. Andrew Ceresney, Director of Enforcement at the SEC, provided a statement on the jury verdict in the trial of George Levin, a man that raised $157 million from 150 investors for Scott Rothstein’s Ponzi Scheme. Rarely do these cases go to litigation so this is surprising. "We will continue to hold accountable those who raise monies from investors through fraudulent means," said Ceresney.


The SEC announced that it was imposing a preliminary injunction freeing all assets of American Energy Development Corp. (OTC: AEDC) and claims that David Craven and Alexander J. Craven (father and son) are guilty of manipulating the markets for gain in the stock AEDC. British citizens, the two are both residing in Switzerland and England, respectively. Together, they gained control of over 87% of the shares of AEDC and inflated the share price using "wash and matched trading". The two allegedly used $1.6 million for a promotional campaign featuring a 16-page mailer mailed out to 1.2 million U.S. residents. The Cravens then dumped over $4 million of the stock on investors via overseas trading accounts.

SEC Looking For Help building a case against Life Partners Holdings, Inc. To read more about this story click the link above.